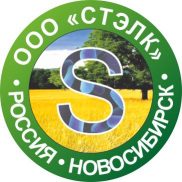 The history of creating the supplement with spelt sprouts

The history of creating the supplement with spelt sprouts

The history of the use of sprouted seeds is very old. Three thousand years ago, the sprouts were the ingredient of the dishes. For the people from the Western and Eastern countries the sprouts were also the basis of many drugs that were recommended to treat various diseases.

It was said that the sprouts rejuvenate the whole organism. This natural product contains almost all the basic trace elements needed for the human organism.

Many real cases of miraculous healing after using the sprouts have been described. Scientists from all over the world have agreed that the active ingredient is not in the sprouts themselves but in the bacteria which are present in them. Today, it is reliably documented how the symbiosis of many bacteria and plants works. These are well-known examples of hops and brewer&#39;s yeast, spelt sprouts and Bacillus Subtilis.

We often watch domestic cats or dogs looking for grass and then eating it. In fact, they instinctively seek not only the grass, but the useful bacteria identify them with the smell.

The scientists have found that Bacillus Subtilis and Bacillus Licheniformis are the part of the Planet&#39;s ecosystem. The presence of bacteria in soil gives the possibility to purify water from harmful microorganisms and prevent their entry into underground water sources. It was discovered by Ukrainian scientists from the Dnepropetrovsky Institute of Microbiology. In exploring the phenomena of the healing effects of Truskavets spring water, it was found that this phenomenon caused bacteria and substances created by them.

The history of the preparations based on Bacillus has several decades. Initially, the products based on Bacillus Subtilis were created for soldiers during the World War II by German scientists for the treatment and prevention of dysentery.

The preparations were developed in the Soviet Union, in Novosibirsk (Koltsovo) for military purposes, for a case of biological war during which soldiers could be infected with various infections. The strain of bacteria Bacillus subtilis has been chosen because it is able to produce about 200 kinds of different substances (similar to antibiotics) and thus suppress the growth of viruses, fungi, and other pathogenic
organisms and thereby save soldiers.

The result of this work, which lasted for about 40 years, was the creation of the most effective immune stimulators that significantly boost the immune system and protect organism from infection.

After the collapse of the Soviet Union, these secret preparations began to be produced for the general public.

Initially, it was Timofeev’s salve, VetKor, Koredon. The product was manufactured as a veterinary medical preparation – a probiotic.

Production technology has been improved, and the application spectrum has been extended.

Combining the active principle of sprouts and bacteria, scientists have been able to develop into a unique manufacturing technology that greatly increases their effectiveness.

Sucrose contained in the first Stelkor product was replaced with glucose and lactose in Deprekan, so it can also be used for patients with diabetes without increasing blood sugar. Besides, there are two types of cosmetic creams – &quot;Vensan&quot; and &quot;Vilista&quot;.

According to experts, the twenty-first century will end the era of antibiotics and will open the era of probiotics – the products based on friendly bacteria